Today, bladder cancer is one of the most expensive diseases to treat in the western world. The MIB project is a European research project where engineers and medical doctors develop new instruments for detecting bladder cancer.

The MIB acronym stands for Multi-modal, Endoscopic Biophotonic Imaging of Bladder Cancer for Point-of-Care Diagnosis. The concept may provide faster and better treatment and large savings for hospitals. The project team hopes that the concept in the long term can be applied to diagnosing colon cancer, prostate cancer, stomach cancer, oesophageal cancer, and lung cancer. 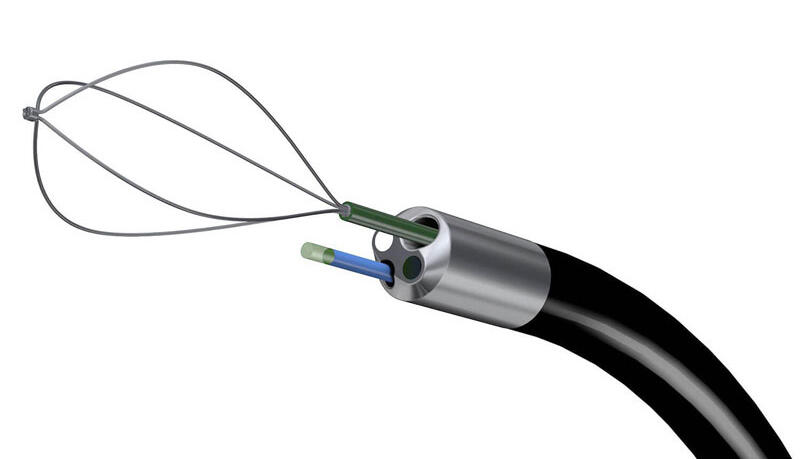 The clinician wants to distinguish between healthy and neoplastic (cancerous) tissue, and if the tissue is neoplastic he wants to know how advanced the tumour is. The definition of advanced is given by the depth of growth into the bladder wall and is called tumour-stage. The clinician also wants to know how aggressive the tumour cells are; this is expressed by their grade. Low grade cells are rather benign (friendly/less aggressive), while high grade cells divide and grow quickly and are thus aggressive and are indicative of a potentially life threatening disease.

The MIB system allows the clinician to identify the grade of cells and stage of tumour in real-time, in other words during the endoscopic examination of the bladder. If the urologist sees a lesion in the bladder during a cystoscopy, he wants to be able to examine the lesion immediately using the MIB system.

The urologist makes an immediate (real-time) decision on the treatment of the patient based on the information received from the MIB system. The device itself does not give a diagnosis.

In the operating theatre the urologist uses rigid cystoscopy instruments which require general anaesthesia. In the out-patient department smaller and softer flexible instruments are used, which can be used without anaesthesia.

In the project various photonic sensor & laser technology to test & treat bladder cancer will be evaluated and the most suited technologies will be integrated into an endoscope.

Optical coherence tomography (OCT) is an imaging technique that uses low-coherence light to capture micrometer-resolution, two- and three-dimensional images from within optical scattering media (e.g., biological tissue). It is used for medical imaging and industrial nondestructive testing (NDT). Optical coherence tomography is based on low-coherence interferometry, typically employing near-infrared light. The use of relatively long wavelength light allows it to penetrate into the scattering medium. Confocal microscopy, another optical technique, typically penetrates less deeply into the sample but with higher resolution.

With the Shifted excitation Raman differential spectroscopy (so-called SERDS) method, Raman signals can be separated from the background noise. The signal-to-background noise ratio is significantly better than in Raman spectroscopy.  The SERDS principle is based on the excitation of the Raman effect with two wavelengths that are spectrally very close together at a distance of the full width half maximum of typical Raman lines of liquids and solids of 0.25 nm.

Two-photon excitation microscopy (also referred to as non-linear, multiphoton, or two-photon laser scanning microscopy) is an alternative to confocal and deconvolution microscopy that provides distinct advantages for three-dimensional imaging. In particular, two-photon excitation excels at imaging of living cells, especially within intact tissues such as brain slices, embryos, whole organs, and even entire animals. The effective sensitivity of fluorescence microscopy, especially with thick specimens, is generally limited by out-of-focus flare.

Multi-spectral optoacoustic tomography (MSOT), also known as functional photoacoustic tomography (fPAT), is an imaging technology that generates high-resolution optical images in scattering media, including biological tissues. MSOT illuminates tissue with light of transient energy, typically light pulses lasting 1-100 nanoseconds. The tissue absorbs the light pulses, and as a result undergoes thermo-elastic expansion, a phenomenon known as the optoacoustic or photoacoustic effect. This expansion gives rise to ultrasound waves (photoechoes) that are detected and formed into an image. Image formation can be done by means of hardware (e.g. acoustic focusing or optical focusing) or computed tomography (mathematical image formation). Unlike other types of optoacoustic imaging, MSOT involves illuminating the sample with multiple wavelengths, allowing it to detect ultrasound waves emitted by different photoabsorbing molecules in the tissue, whether endogenous (oxygenated and deoxygenated hemoglobin, melanin) or exogenous (imaging probes, nanoparticles). Computational techniques such as spectral unmixing deconvolute the ultrasound waves emitted by these different absorbers, allowing each emitter to be visualized separately in the target tissue. In this way, MSOT can allow visualization of hemoglobin concentration and tissue oxygenation or hypoxia. Unlike other optical imaging methods, MSOT is unaffected by photon scattering and thus can provide high-resolution optical images deep inside biological tissues.

More about the MIB project